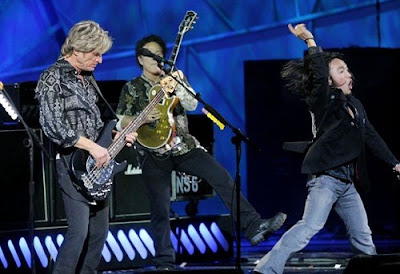 The California Mid State Fair is definately two-for-two in my book.

Heart took the stage in the newly named Chumash arena for a night of 80's rock!

Journey took the stage after it was dark, and this new lead singer, Arnel Pineda, is just insane good. In case you don't know, Pineda was actually spotted on youtube singing Journey songs with his cover band (The Zoo) by Journey band member Neal Schon. That's how he got hired to the band.

In my opinion, he sounds on par if not better than Steve Perry.

My wife Cathy and I got to our seats just before Journey came on, and you're never going to guess who I sat next to....KKFX Fox 11 First at 10 news anchor Arturo Santiago. I know...I know...you don't believe me. Proof. 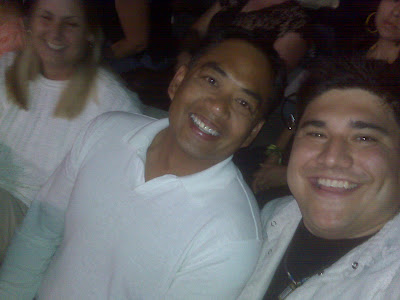 Far to the left is Arturo's lovely wife Sherry. Below some more pics from the night. 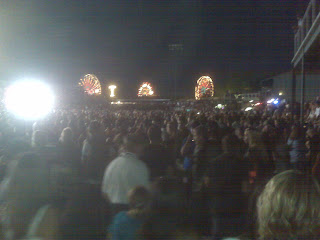 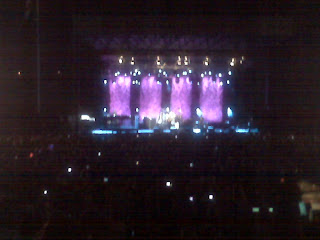 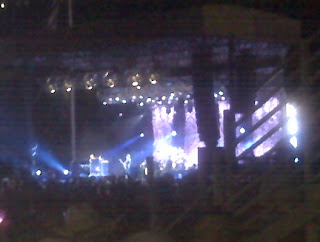 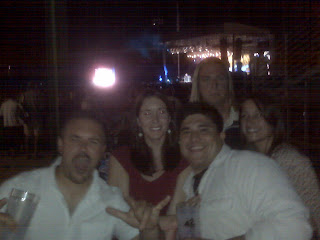 I really need to bring a real camera to the fair tonight. My blackberry just ain't cuttin it! All in all, I'm not sure another act is going to be able to top what we saw last night. Tim McGraw will have his chance this Sunday. I will likely not be able to go to the Tim show, but if you want to email me pics from your night, I can post them here!
Posted by Adam Montiel at 10:45 AM