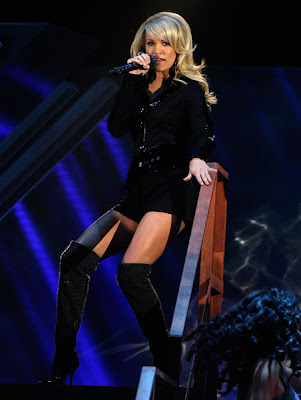 I wish I took more pics of the show but I was really blown away with how amzing her voice is live.

One pic is of Carrie singing All American Girl with a Central Coast 6 year old that she brought on stage.
The little girl was really shy when Carrie asked her a handful of "kid" questions like, "Are you having fun?" , "Are you looking forward to school," etc. Carrie would put the mic in front of her so she could sing, but the girl would get shy. What I loved was that when Carrie would bring that mic back and sing herself, you could see the 6 year old singing along, and knowing each and every word of the song.

The other pic is the official photographer of the Mid State Fair, Brittany App. She is a friend, and an absolute genius when it comes to capturing a moment on film. Any cool shot you have seen from the fair, from people to concerts, she has snapped it.

The final shot was a really cute kid who obviosuly wasn't enjoying the show as much as I was, but he was wearing an LA Dodgers hat so I forgave him for sleeping during the show.

All in all, a great perfomance. Props to the Mid State Fair for opening up the fair with CMA Entertainer Of The Year. 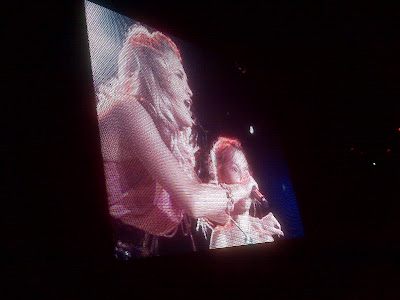 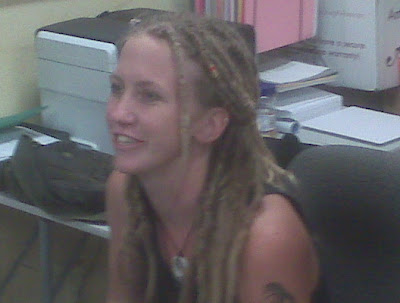 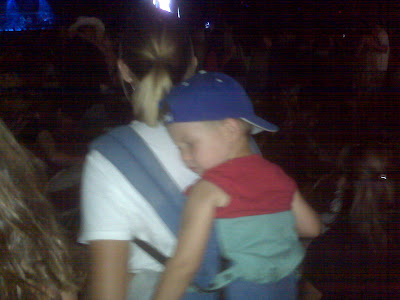