Have you seen this man?....In your dreams? 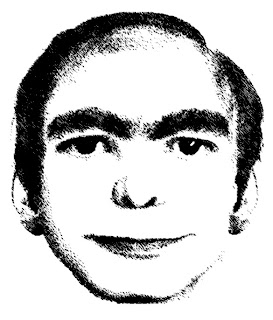 Have you dreamt of this man?

Saw this story on the news this past weekend, and it was kind of interesting...


Here's the history behind it, and you can check it all out at http://www.thisman.org/


History:
Not long ago in New York, the patient of a well-known psychiatrist draws the face of a man that has been repeatedly appearing in her dreams. In more than one occasion that man has given her advice on her private life. The woman swears she has never met the man in her life.

That portrait lies forgotten on the psychiatrist's desk for a few days until one day another patient recognizes that face and says that the man has often visited him in his dreams. He also claims he has never seen that man in his waking life.

The psychiatrist decides to send the portrait to some of his colleagues that have patients with recurrent dreams. Within a few months, four patients recognize the man as a frequent presence in their own dreams. All the patients refer to him as THIS MAN.

From then until today, at least 2000 people have claimed they have seen this man in their dreams, in many cities all over the world: Los Angeles, Berlin, Sao Paulo, Tehran, Beijing, Rome, Barcelona, Stockholm, Paris, New Dehli, Moskow etc.

I even talked to a girl who swears she said this guy made her a Denver Omelette in a dream she has about a month ago.

Learn more at THIS MAN

if you got a story, hit me up here
Posted by Adam Montiel at 3:24 PM